Last week apt.Design visited NYC and managed to squeeze in a walk over the High Line, one of our favourite public spaces.

Once an elevated freight line, the High Line is a triumphant example of how redevelopment projects can truly embrace redundant industrial infrastructures of the past and transform them into spaces for the whole community to enjoy.

In 2003 Friends of the High Line invited proposals for an international ideas competition. There were 720 proposals, from 36 countries, with amazingly creative ideas. In 2004 the Design Competition was held, inviting experts in architecture, urban planning and engineering to put forward their team’s strategies if they were to win. By late October James Corner Field Operations, Diller Scofidio + Renfro, and Piet Oudolf were selected to take on the project.

So far 3 of the 4 planned sections of the High Line have been completed:

The final section, titled the Spur, extends east along 30th St. and ends at 10th Avenue and will be open to the public in April 2019. The Spur is intended to have a large plaze for public art display as well as community programmes. We can’t wait! 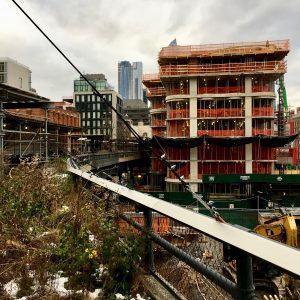 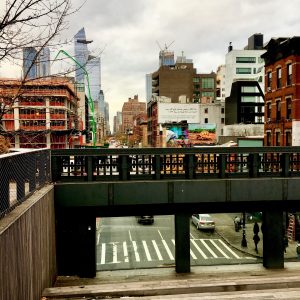 It is always an awesome experience taking a walk along the High Line, admiring the art, architecture and construction underway. It’s a refreshing perspective of the city, which allows you to slow down whilst remaining connected. The public art commissioned for the High Line is equally as stimulating. Located at 22nd St. across from the HL,  Dorothy Iannone’s mural ‘I Lift My Lamp Beside the Golden Door’ (March 2018 – March 2019) is reinforcing the Statue of Liberty and New York City as symbols of openess, asylum and freedom despite the political climate that seeks to oppress these values.

We also spotted Zaha Hadid’s 520 West 28th development from the High Line. Consciously designed to continue the city’s tradition of enhancing public space, 520 West 28th’s steel façade is hand-crafted matching Chelsea’s industrial past with top craftsmanship to compliment the surrounding area of the High Line whilst also maintaining its own architectural merit. We had also timed it right to see the Zaha Hadid Gallery/ NYC Pop Up which is open until December 2018. We were able to view a scale model of 520 West 28th (of which 5 minutes previously we had been standing in front of). It was a succinct presentation of the studio’s portfolio with the inclusion of specialised projects such as Hadid’s interpretation of Hans J Wegner’s CH07 Shell Chair, made of marble and carbon fibre. 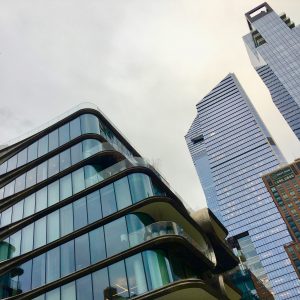 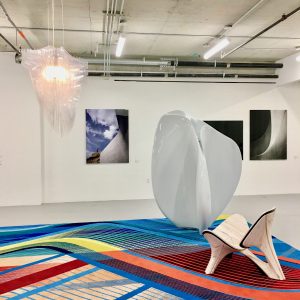 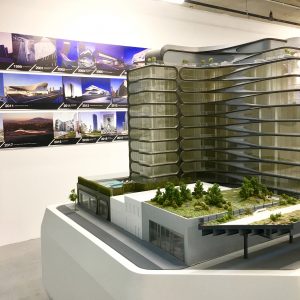 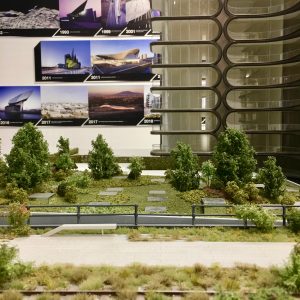